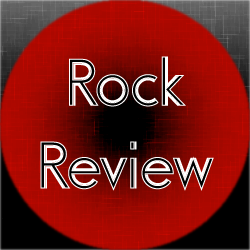 This track was released in 2012 on the album The World from the Side of the Moon.

Probably the biggest element of this track is the instrumental tracks. When you hear the instrumental portion, you’ll most likely recognize the sound from things like commercials if you are like me and aren’t into any Idol shows.

In fact, those small instrumental portions are probably the only parts of the track that are even memorable. Unfortunately, they are such a small part of the track, it’s more of a jingle than a full fledged music track. Even then, for me, it’s a case of it’s memorable more because it’s pervasive, not necessarily that it was particularly great. I personally found it decent to listen to the first few listens, then I could just throw away after. It’s disposable sound.

The lyrics, I found, were unimaginative and largely forgettable. I don’t think I found anything particularly interesting about them.

The vocals have a very country sound to it. Unfortunately, having heard plenty of other tracks with this kind of accent and style of singing (Sam Smith – Stay With Me comes to mind), I have to say that there’s nothing memorable about the vocals as I’ve heard it from countless other artists that won’t or likely wouldn’t score very well to begin with here. So, ultimately, I found the vocals to be boring.

The mastering was also a bit awkward. The snare (possibly with a clap layered on top of it) was something that did make sense for the instrumental portions of the track, but it just got in the way of the lyrics. It also had that “autopilot” feel to it as if the producer didn’t really know what else to do with it. Maybe back the velocity off a little or something? The production quality for the instrumental portion was OK, but a mess on the lyrical portions. What’s more is that the track just seemingly cuts off at the end. It had a very awkward ending to it. It was as if the producer didn’t know how to end the track, so just made all the instruments stop at the end and called it a day. It was very jarring.

Overall, the instrumental portion was the only highlight of this track. Unfortunately, it manages to be repetitive even though it’s heard twice in the track. The production quality was hit and miss throughout the track. The track would have been barely passable had it not been for a very jarring and awkward ending. So for that, I would say, this track just doesn’t make the grade for me.