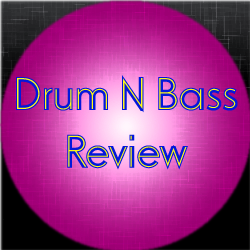 This track was released in 2009 as part of a single containing 8 other versions of this track.

This is one of those tracks that fuses multiple genres together. In this case, this track is drum n bass with elements of hip hop thrown in. This isn’t the first track Matrix & Futurebound had a hand in that made a similar sort of fusion. We previously heard this with their track All Born Angels and thought it worked extremely well.

In this track, for me, the biggest element was definitely the vocals. The rapping and singing worked very well as both pretty much took turns taking the spotlight in this track. I thought this sort of back and forth worked extremely well. The layering of these two vocal elements. My only criticism of this is the fact that it’s sometimes hard to keep up with some of the lyrics. Still, it does sound great. I do get the sense of optimism and overcoming great obstacles in life that the lyrics do portray.

The melodies throughout the track are subtle, but really give this track a soothing feeling. The guitar sound is a great example. The synth chords worked pretty well in this track, giving this track a certain rhythm.

The violin solo also worked quite well to break up the track a bit, offering a bit of variety. The overall flow was also very well realized.

Overall, I definitely will call this a great track to listen to. It was a nice fusion of hip hop and drum n bass. The vocals were great even though it may be a bit tricky to get what is being said. The synth and instruments used worked very well. The flow was nicely realized. So, this is a recommended track from me.